Andreas Eriksson is a swedish tenor, born in Lycksele in 1987. He has studied at the Piteå School of Music as well as the Framnäs Folk High School. Since 2006 Andreas has toured the world with different choirs situated in Piteå, as a choir member, soloist and as a accompanist. He also sang in the 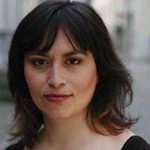 Freelance singer/vocal teacher/conductor/composer. Born in Sandnessjøen, Nordland, Norway. Currently living in Trondheim. Hazel studied classical singing and vocal pedagogy at The Grieg Academy in Bergen (1994-97), then post-graduate studies at the Music Conservatory in Trondheim (1997-98 and 2001-02). In 2010-11 she did part-time studies in composition at the Music Conservatory in Trondheim. Hazel is active in many roles, and

Trygve Brøske (b. 1973) is a pianist, composer and arranger living in Trondheim. He was educated at the Trondheim Conservatory of Music and the Conservatoire de Musique de Genève, where he graduated with the Premier Prix de virtuosity in the spring of 2001. Trygve has a broad background as both a pianist and composer/arranger in

Magnus Staveland, tenor The Norwegian tenor Magnus Staveland was born in Stavanger. He studied at the State Academy of Music in Oslo, and at the Royal Opera Academy in Copenhagen with Susanna Eken. He graduated in the summer of 2008. He regularly works with conductors such as Hansjörg Albrecht, Rinaldo Alessandrini, Fabio Biondi, Ivor Bolton,

Kristian Krokslett (b. 1975) is a Norwegian freelance singer (tenor). He has taken lessons from, among others, Regine Vesterlid Stroem, Harald Bjoerkoey and Barbro Marklund and has also participated in several courses and Master classes. Kristian has been involved as a singer and an Actor in Music Theatre in Bodoe, Lofoten Opera, Nordland Music Festival, the

Kirsti Løseth Hagen, soprano. Can philol in music from the university of both Trondheim and Oslo. Kirsti teaches singing and other musical subjects at Bodø videregående skole. She sings in the vocal group VokalArt.

Karoline Åseng completed in 2011 her Bachelors degree in classical singing from the Department of Music at NTNU in Trondheim. There she worked with voice teachers as Sissel Høyem Aune, Elisabeth Meyer Topsøe and Kåre Bjørkøy. She has also attended master classes with teachers such as Trish McCaffrey, Elisabeth Norberg Schultz, Marianne Beate Kielland and Håkan